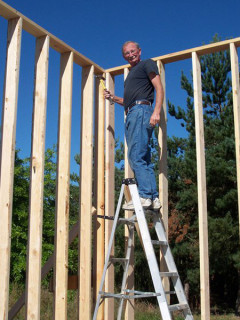 Armand Borde joined his brother, Gale, at Carcraft in 1979. Sadly, Armand passed away in the spring of 2018 after devoting many years to the maintenance and operation sides of the business.

Armand was instrumental in helping his brother to grow Carcraft's detailing operation from 1979 to where it has become arguably the biggest facility in the region. Over the years they expanded Carcraft's services to include a full service car wash, which opened in 1985, and they also purchased two Chevron stations. One, Carcraft Chevron, is located adjacent to Carcraft Auto Appearance Center at the corner of Pacific Blvd. SE and Hill St. SE, while the other, Tom Tom Chevron, is located next to I-5 in east Albany.

Armand's handyman, craftsman and repair skills were a big help at Carcraft and he was a part of building much of the existing car wash and detailing facilities.

Prior to joining Carcraft, Armand worked for the state of Oregon as a tax auditor. Because of this experience, Armand handles the accounting functions for Carcraft.

Armand will always be missed by the numerous employees who were fortunate enough to have worked for him.